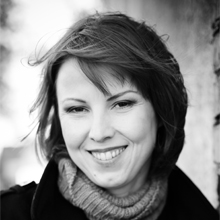 Zuzana always enjoyed marketing. She has worked as an account, brand marketing and product manager in a number of international companies and of her 15 years spent in marketing, she has been working with non-profit organisations for almost nine. Her co-operation with NGOs dates back to her time as an account manager for a direct marketing full-service agency.

She has worked for dakujeme.sk, Divé maky (Wild Poppies) organisation and in 2013 began working as a fundraiser and PR manager for the SAVIO organization (the Adoption of Children in Kenya and Adoption of School Classes in South Sudan regular donorship programmes and the Join Together for South Sudan fundraiser). For the last six years she has been involved in SAVIO’s Tehlička (Brick) public fundraiser, specialising in integrated fundraising.

Since 2016 she has helped build up individual giving at the Cvernovka Foundation, where she led several fundraising and crowdfunding campaigns. She worked for the Vagus civic association in 2017 as a consultant and coordinator. In 2018 she helped raise funds to finish the documentary film Biele vrany a hrdinovia medzi nami (White crows and heroes among us). She also raised thousands for farmers and helped with the Pomáhať je ľahké (Helping is Easy) Christmas campaign for the Proti prúdu (Against the Flow) Civic Association. In autumn 2018 she became responsible for fundraising for Zuzana Čaputová’s presidential campaign. In her spare time, she runs the Inšpirácie z fundraisingu (Inspiration from Fundraising) Facebook group.