What Can We – Eastern European Fundraisers – Learn From Fundraising In The UK?

In the United Kingdom, charitable giving has a long history. About half of adults support a charity of their choice which puts the UK among the highest-giving countries in the world. With over 160,000 organisations to choose from, there is a wide range of causes to support. But despite the generosity of the British people, fundraising is getting harder and harder.

So, what has changed in the last decade?

In his session, Peter will talk about his experience of working in the UK. He will share his views on fundraising and draw comparisons between practices that might (or not) be applicable in the Central and Eastern European environment. 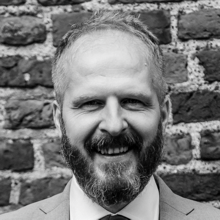