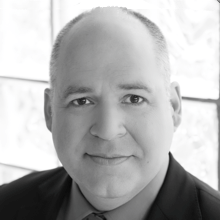 Colin Delany is an 18-year veteran of online politics, a digital strategy consultant and the founder and editor of Epolitics.com, a website that focuses on the tools and tactics of Internet politics and online political advocacy.

As a consultant, Colin now works with advocacy organizations and political groups around the world to help them leverage digital tools to achieve their communications, fundraising, activism, advocacy and electoral goals.

Colin is a sought-after trainer and speaker on topics related to digital advocacy, social media, online communications and internet politics. He has given presentations at conferences from South by Southwest Interactive to Netroots Nation and at universities including Harvard and the London School of Economics. He was also honored as one of “Ten Who Are Changing the World of Politics and the Internet” at the 2010 World E-Gov Forum in Paris.

Delany is the author of several ebooks, including the digital campaigning guide “How to Use the Internet to Win in 2016″ and “Learning from Obama”, the definitive overview of the groundbreaking 2008 online campaign for president. Besides Epolitics.com, he also writes the “Technology Bytes” column for Campaigns & Elections and is a Contributing Editor for the Digital Politics Radio show.

Delany began his political life as a staffer in the Texas Legislature, where politics is considered a contact sport. He later co-founded a targeted search engine for politics and policy during the dot-com boom. He is the former digital director of the National Environmental Trust and National Women’s Law Center.