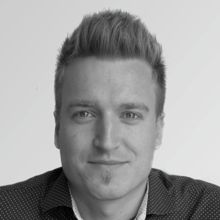 When walking the streets doing face to face fundraising Jiří often wondered what the secret to signing people up was. After persuading thousands of people to make recurring donations, he started to believe it is not what one says, but how well one listens. Thanks to this approach he rose from street fundraiser to the position of direct dialogue manager with Greenpeace Czech Republic. The motto at that time was “cold acquisition is just a statistic and you should treat it as such”.

After a short corporate turnaround, he joined Amnesty International as head of its fundraising department in Prague. There he is still learning the implications of his former motto – speaking with random people means the conversion rate will be low and therefore there will be a need to focus on KPIs and breakeven rather than the donor itself. Talking to people, sharing the values and beliefs the organization already has, tends to produce not only more conversions, but also longer commitments. This means lower acquisition costs and more ethical fundraising.