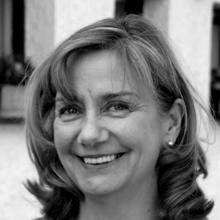 Jolan joined the Aids Fonds in Amsterdam, the Netherlands, almost twenty years ago as an activist/volunteer in response to the HIV/AIDS epidemic and was soon organising large fundraising events such as Walk for Life and World Aids Day on a national level. After six years Jolan moved on to a women’s rights organisation as their first professional fundraiser, became Head of Fundraising and Communication for an international development agency and set up the Major Donor programme for a large cancer society. In 2002 she moved to the United Kingdom and increasingly became an international fundraiser, as evidenced by the fact that she has been involved with the session leaders at the International Fundraising Congress in Holland for the last sixteen years. She has acquired a large network of international contacts which has enabled her through those years to learn, share and appreciate the experiences of fundraisers from all over the world.

As a trainer she is particularly inspired by fundraisers from countries with an emerging philanthropic culture and has found their drive and enthusiasm infectious. Her studies in Marketing and Communication have allowed her to encapsulate this experience into a holistic and business-focused Resource Mobilisation. After many years in the field, Jolan has been able to apply her knowledge and accomplishments in Fundraising Training and Coaching for a new generation of fundraisers. She has been a popular journalist and speaker at conferences and gatherings for fundraisers and activists all over Europe. Academically, her love of study is reflected in a number of graduate and post graduate qualifications including, of course, from the great University of Life.